My friend Tommy died. Tommy was 37 years old, working in Baghdad, at the U.S. Embassy and from what I understand he had a heart attack and passed away. 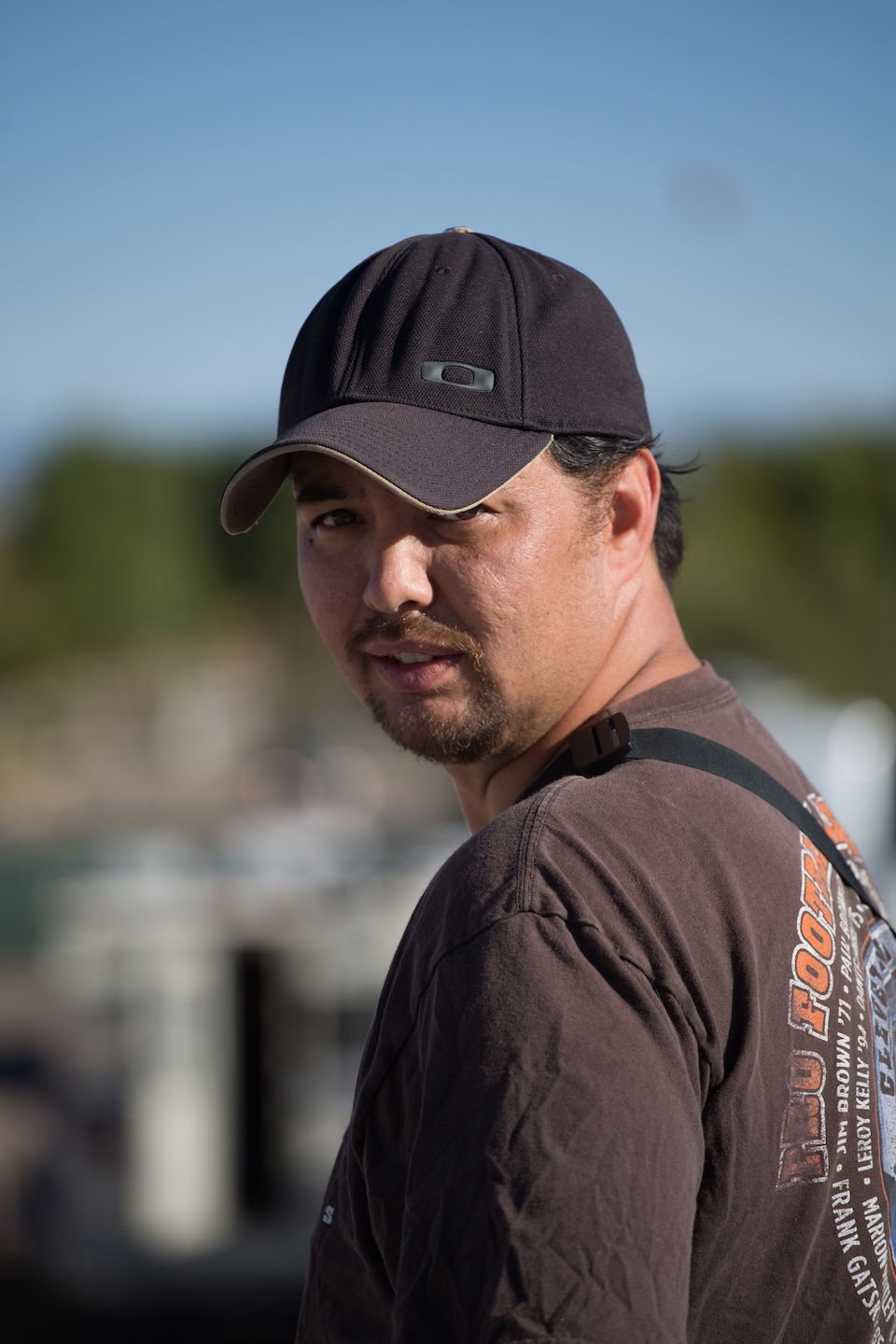 I’m writing this because writing helps me deal with stuff like this. I haven’t had much sleep due to our 3 week old baby so bear with me, this might not be very well written.

I met Tommy only one time and we spent a few great days together. Tommy, his lovely wife Stef, and his son Logan happened to park their trailer right beside ours at The 2014 Balloon Fiesta in Albuquerque New Mexico. I could tell immediately that ‘these are our people’!

Here is a photo of their trailer under a rainbow: 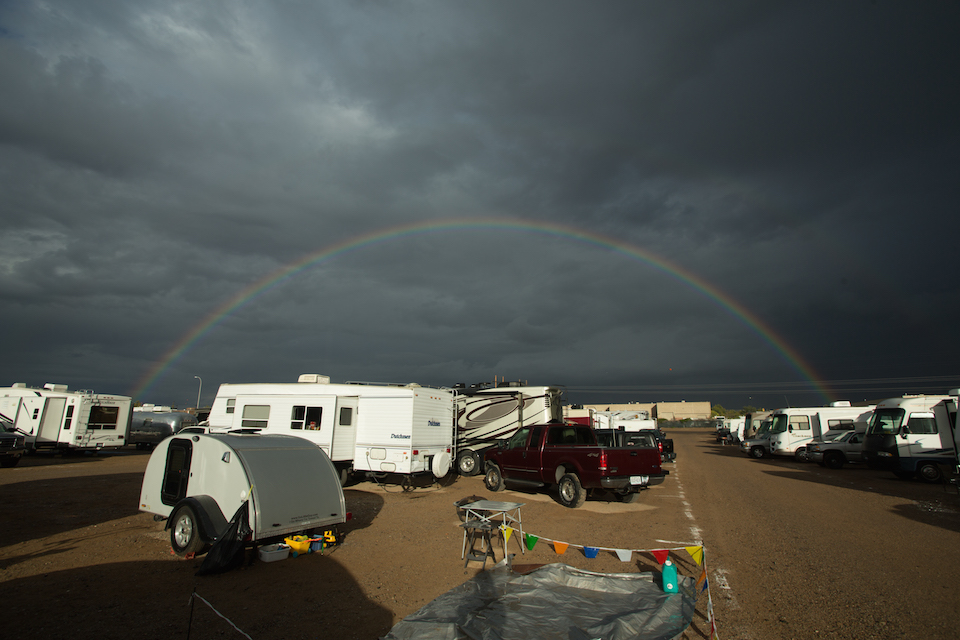 Tommy and I hit if off immediately and we soon learned that we had both just been at Burning Man 2014.

Tommy and I spent the next few days soaking up the magic of the largest balloon festival in the world. The kind of event that is pure bliss for photographers like us.

Stef and Tommy invited me out for dinner. I suspect that they had felt pity for me after after seeing me eating cereal every meal because my wife Dorothy hadn’t arrived yet… We went out for dinner in the lovely old part of Albuquerque and I got to see how wonderful their family is. We enjoyed strolling the streets of this old part of town. The air was warm and indeed, so was the company.

When my wife Dorothy arrived at the festival she also immediately noticed that Tommy was an amazing guy and that she hoped we’d all stay in touch and meet up again soon. Stef was so busy looking after Logan that we didn’t get to spend as much time with her as we’d have liked.

During our time together Tommy expressed an interest in photography and I showed him a few things in a very informal way. Tommy learned very quickly. He was tack sharp. Tommy also showed me a few things too. Specifically he showed me an innovative wireless DSLR to mobile workflow he had created to for his photography suit his mobile lifestyle. When you’re going hard on the road it’s tough to process photos. Whatever the case, we totally nerded out on photography together. It was a real treat. In fact Tommy was so keen on getting into photography that he and I woke up in the middle of the night to take some photos of a lunar eclipse.

Here is a photo we took together that night: 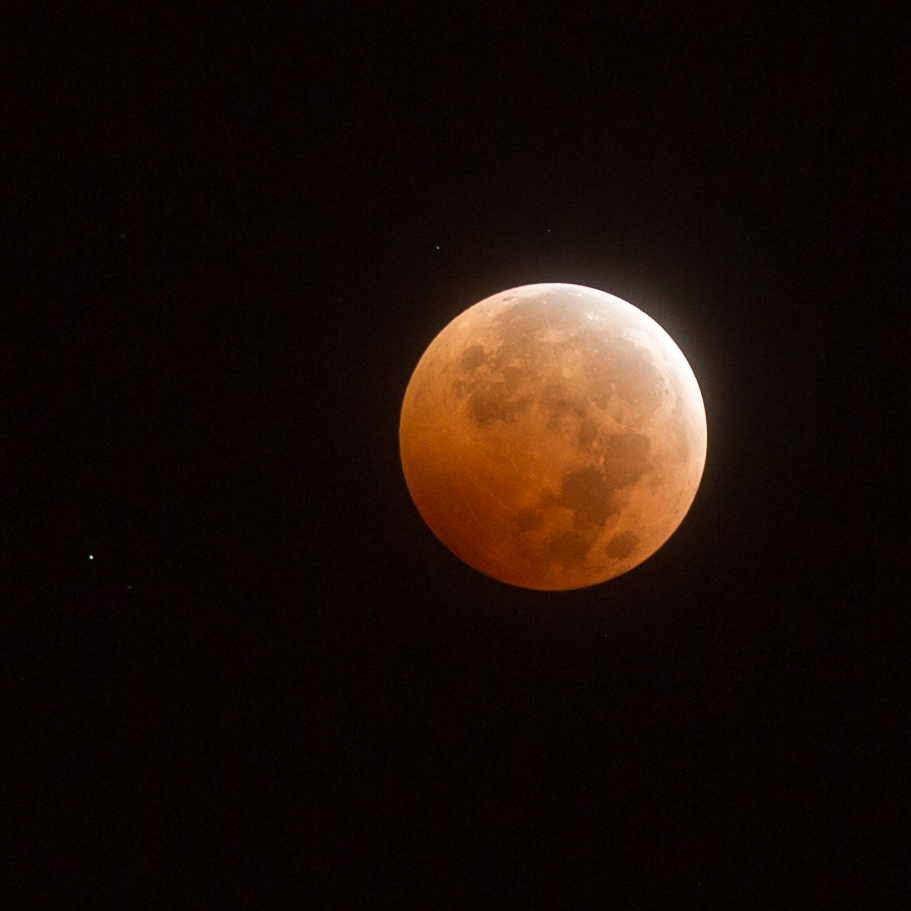 We stayed up almost all night talking about life, kids, and war. Tommy told me stories about his previous tours of duty. He mostly talked about the friends he lost and how great they we’re. Tommy was remarkably clear and professional about what he could and could not tell me despite my proding questions. He had too much respect for the military to tell me anything out of bounds even though it was just the two of us at 4 in the morning.

Tommy had been through hell and yet he hadn’t allowed war to define him. Tommy only talked about it because I was curious and had asked him a bunch of questions.

During our conversation we both got to a point in the discussion where we felt Tommy should ‘quit while you’re ahead’ meaning stop being a soldier. I wanted to push him on this but felt it wasn’t my place to say anything given we had only known each other for a couple days. Tommy already knew this but I told him out loud that I respect him and what he had done for his country was heroic.

One thing was clear from our conversations that night. Tommy was an amazingly talented, humble, and well rounded person who had already lived several lifetimes for someone of his age. I am shattered knowing we have lost such a great person.

Tommy’s photographs had dramatically improved since the last time I saw him. In fact you could almost see him getting better by the day.

Here are some of his photos:

Take a look at his Facebook to see the kind of wonderful life he had:

I had been waiting for out paths to cross again but such is life. I would like to express my deepest condolences to Tommy’s wife Stef, and his children.

I hope that some day they find this and know that their father was an incredible guy. He was such an amazing person that I felt compelled to write this after only spending a couple days with him.

I will always admire Tommy. He was really wonderful guy, a dedicated soldier, father, and husband. This is why I say hi is a genuine hero. Not because of his bravery and valor as a soldier but because he was just a really really great person.

I can only hope to be half the man Tommy was.

We’re sending hugs and love to Tommy’s wife Stefanie and his children Astrid, and Logan all the way from Toronto Canada.

The photo below is how I will remember Tommy. He was out taking photos on an adventure with his beautiful family. He said to me ‘whoa! there’s a Darth Vader Balloon’ and scurried off to get closer photos of the balloon. You can see Stef and Logan also in this photo: 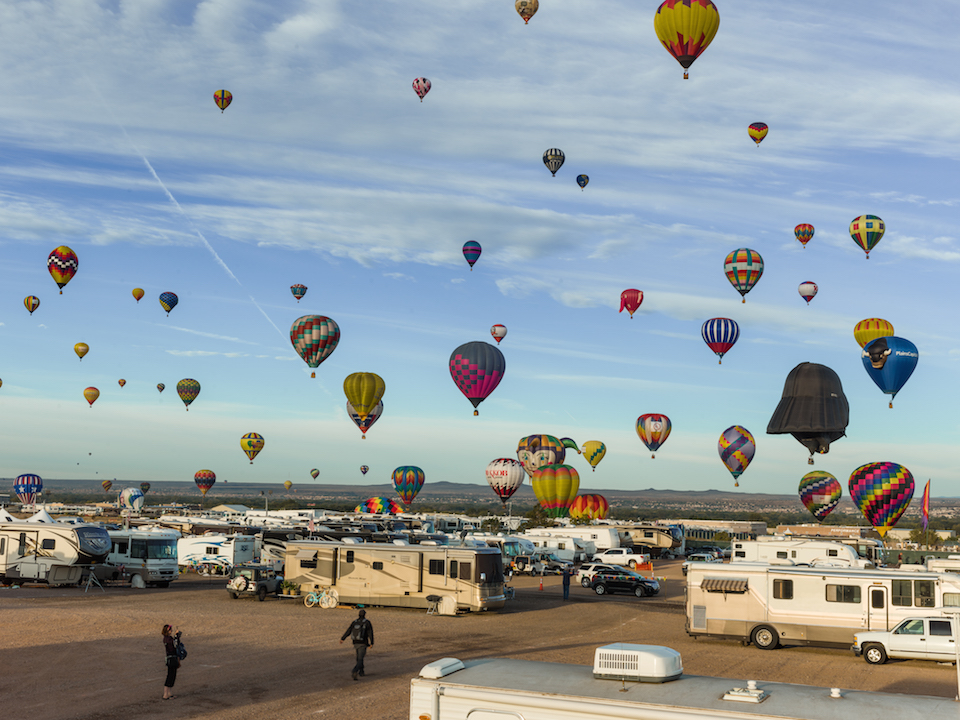 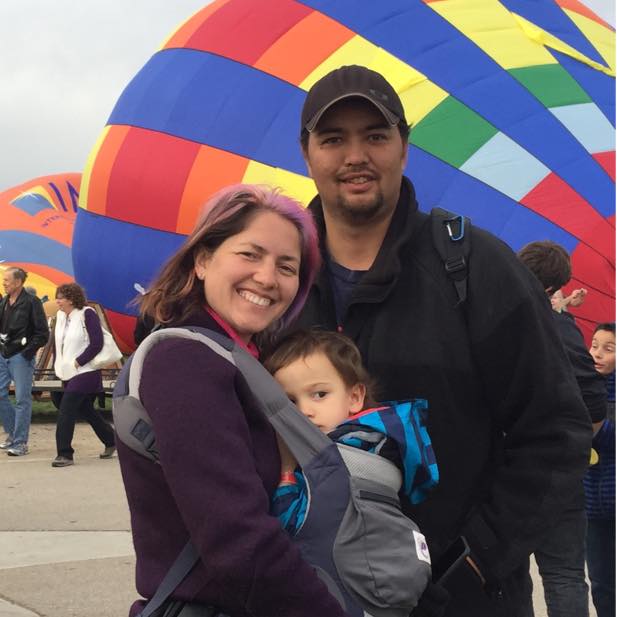 Here are a couple more photos I took of Tommy. I’m posting these here for his family, click to view full size: 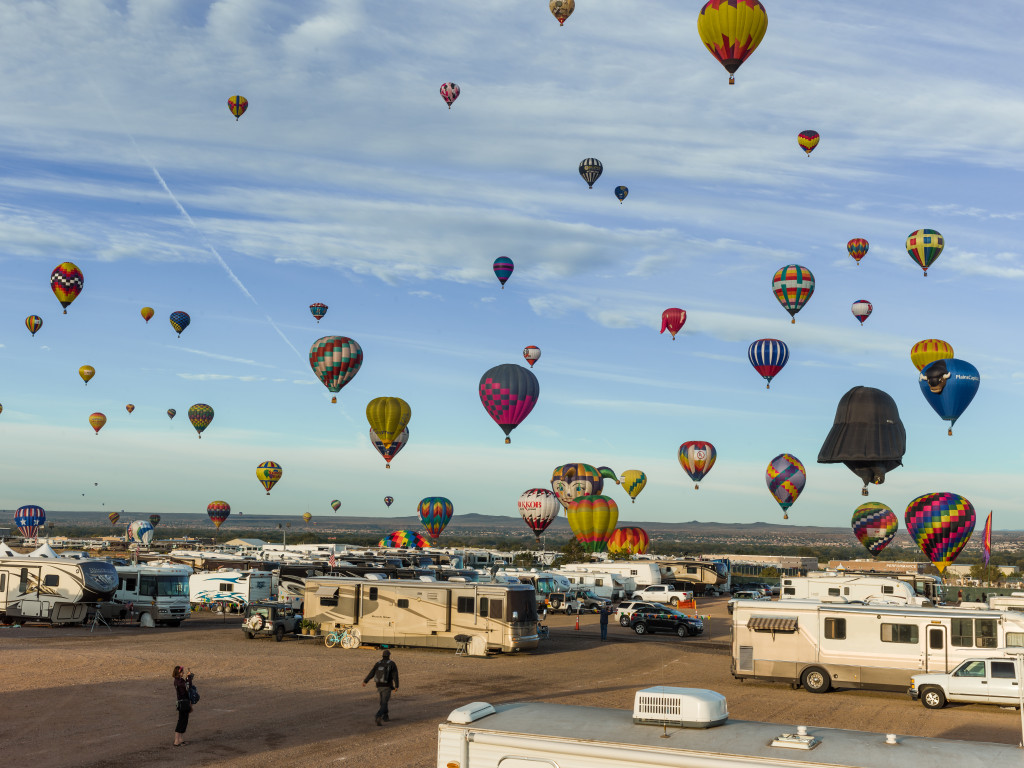 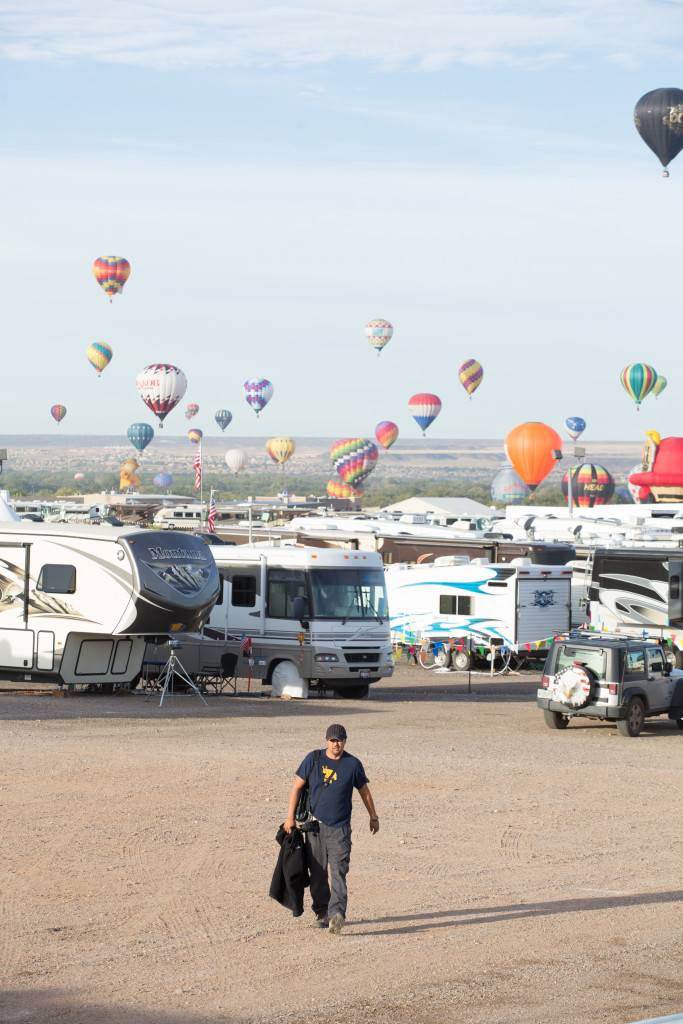 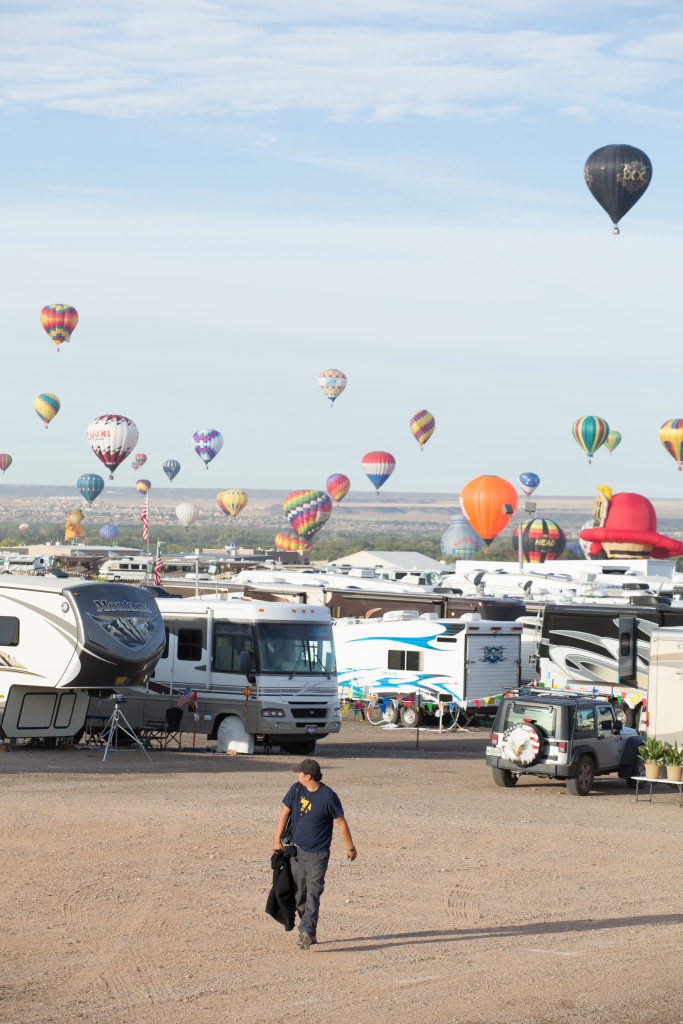 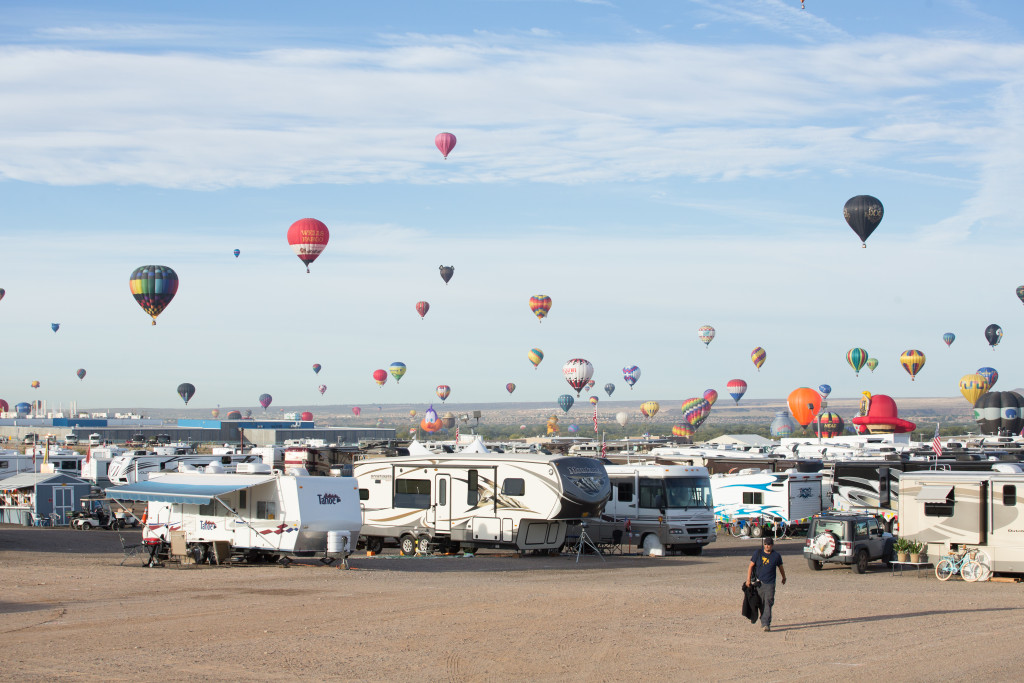 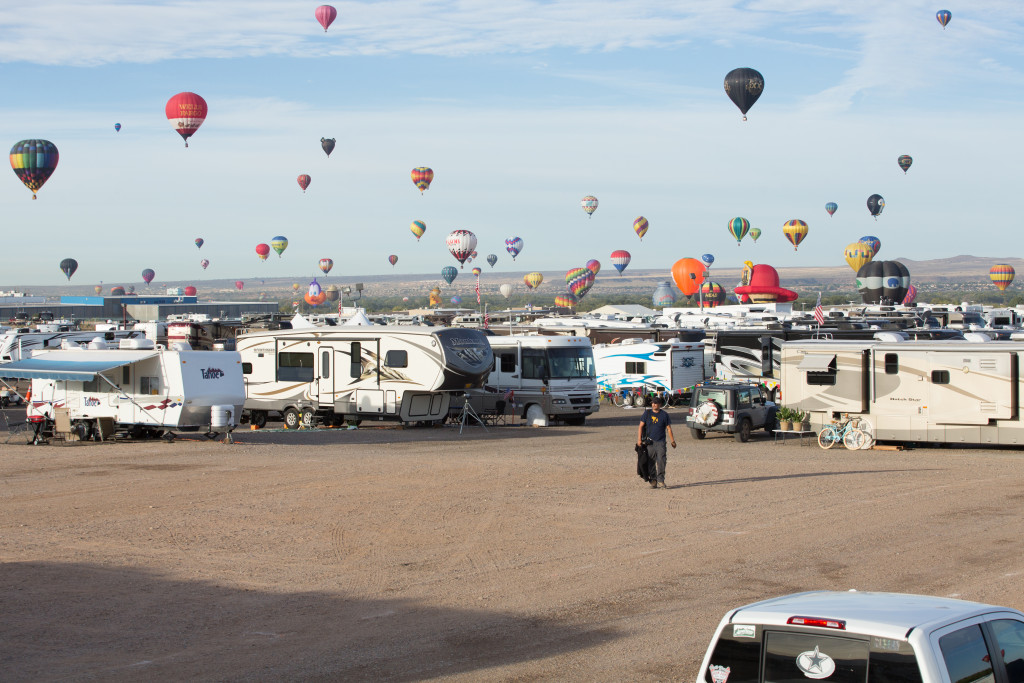 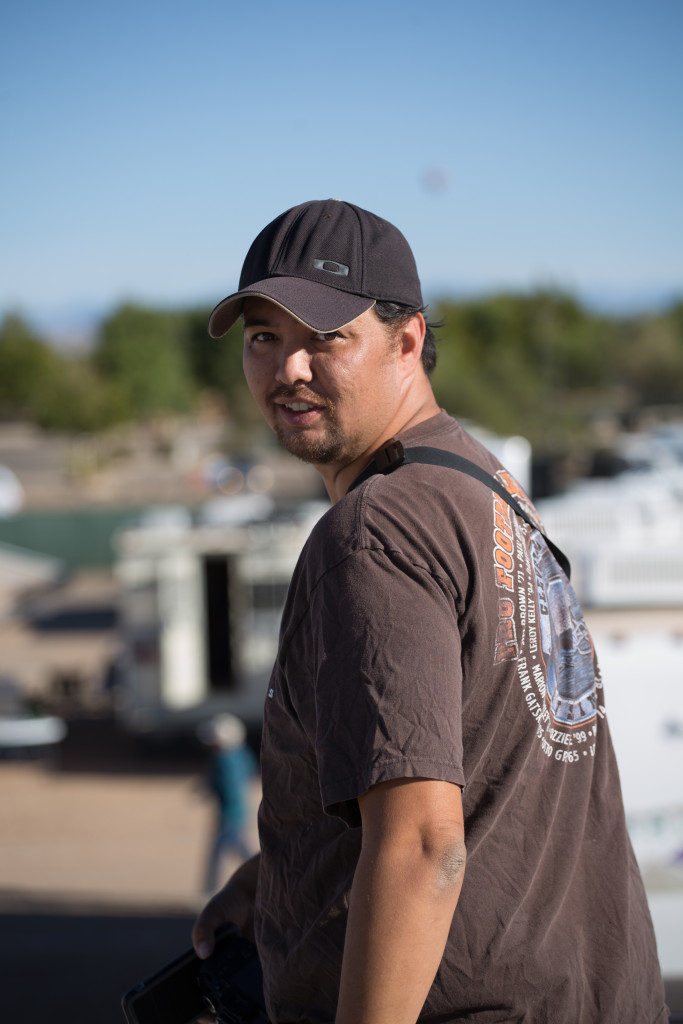