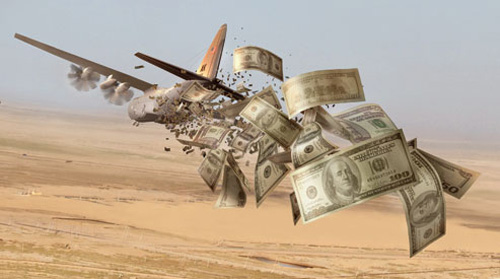 “Between April 2003 and June 2004, $12 billion in U.S. currencyâ€”much of it belonging to the Iraqi peopleâ€”was shipped from the Federal Reserve to Baghdad, where it was dispensed by the Coalition Provisional Authority. Some of the cash went to pay for projects and keep ministries afloat, but, incredibly, at least $9 billion has gone missing, unaccounted for, in a frenzy of mismanagement and greed. Following a trail that leads from a safe in one of Saddam’s palaces to a house near San Diego, to a P.O. box in the Bahamas, the authors discover just how little anyone cared about how the money was handled.”

This article blew my mind.

[Full Article by Donald L. Barlett and James B. Steel | Q&A with the authors]