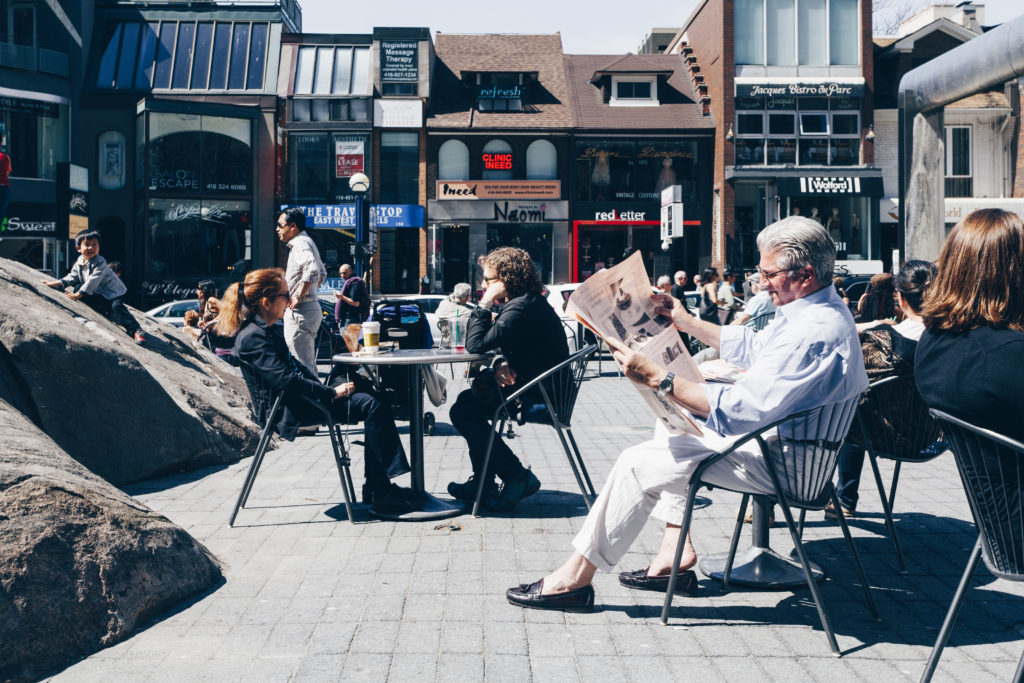 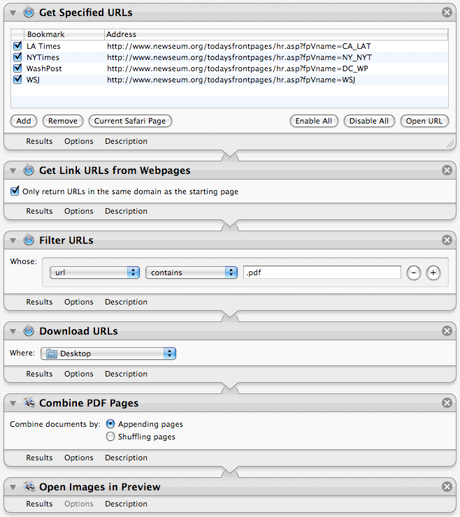 Jason over at 37signals has a cool little automator trick that downloads the front pages of your favorite newspapers and renders them as a pdf file. I’ve put together the local Vancouver edition which includes the Vancouver Sun, The Province, The Globe and Mail, and the National post. For some reason each time you run the app the order of the papers will be different. Also bear in mind that it takes a minute to run because it has to download all the pages etc. Enjoy

Link to the terrifying article below at the BBC:

“The US defence department has set up a new unit to better promote its message across 24-hour rolling news outlets, and particularly on the internet.

The Pentagon said the move would boost its ability to counter “inaccurate” news stories and exploit new media.

Defence Secretary Donald Rumsfeld said earlier this year the US was losing the propaganda war to its enemies.

On Monday, Vice-President Dick Cheney said insurgents had increased attacks in Iraq to sway the US mid-term polls.

The Bush administration does not believe the true picture of events in Iraq has been made public, the BBC’s Justin Webb in Washington says.

The administration is particularly concerned that insurgents in areas such as Iraq have been able to use the web to disseminate their message and give the impression they are more powerful than the US, our correspondent says.

The newly-established unit would use “new media” channels to push its message and “set the record straight”, Pentagon press secretary Eric Ruff said.

“We’re looking at being quicker to respond to breaking news,” he said.

“Being quicker to respond, frankly, to inaccurate statements.”

A Pentagon memo seen by the Associated Press news agency said the new unit would “develop messages” for the 24-hour news cycle and aim to “correct the record”.

The unit would reportedly monitor media such as weblogs and would also employ “surrogates”, or top politicians or lobbyists who could be interviewed on TV and radio shows.

Mr Russ said the move to set up the unit had not been prompted either by the eroding public support in the US for the Iraq war or the US mid-term elections next week.

Mr Rumsfeld said earlier this year that he was concerned by the success of US enemies in “manipulating the media”.

“That’s the thing that keeps me up at night,” Mr Rumsfeld said.

On Monday, US Vice President Dick Cheney also made reference to the use of media, suggesting insurgents had increased their attacks and were checking the internet to keep track of American public opinion.

“It’s my belief that they’re very sensitive of the fact that we’ve got an election scheduled and they can get on the websites like anybody else,” Mr Cheney told Fox News.

“There isn’t anything that’s on the internet that’s not accessible to them. They’re on it all the time. They’re very sophisticated users of it.”

Mr Cheney’s comments came as American forces suffered one of the highest death tolls in October – more than 100 troops killed – since the war began in 2003.

President Bush has said recently that terror groups were trying to influence public opinion in the US, describing their efforts as the “war of ideas”.