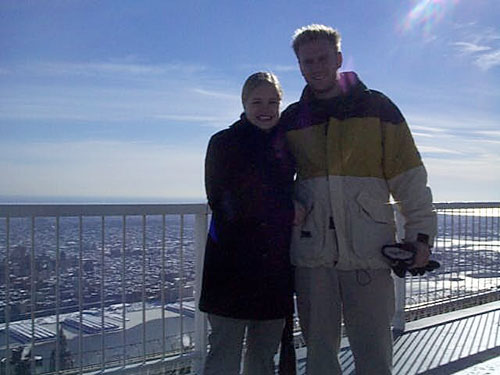 Rebecca and I were standing on the roof of the World Trade Center six years ago this morning. We had a great time the night before at the Times Square new years eve party.

How things have changed…